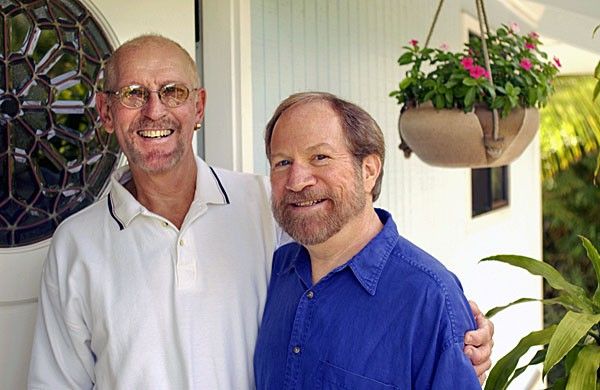 Same-sex couples who want to purchase a home together face widely varying laws and tax requirements from state to state that can result in a legal morass.

“This is the price of making some advances toward marriage equality,” said Prof. Anthony Infanti of the University of Pittsburgh School of Law, who specializes in tax issues and same-sex law. “Oftentimes, it creates a lot of legal uncertainties. You could have people in the same state that get different treatment.”

Where You Live, Where You Marry

So if you are, say, Georgians who wed in New York and then return home to Atlanta, you can file federal taxes jointly, but not state taxes.

If you live in a state that recognizes same-sex civil unions, then you have spousal benefits when it comes to state taxes. But the federal government doesn’t recognize civil unions in the same way, so the IRS will still treat you both as single.

If one-half of a couple moves into a home owned by the other partner and they don’t live in a state that recognizes same-sex marriages, it’s just like being roommates, according to the federal tax code.

If one partner doesn’t pay rent, then the room is considered a gift, which could be taxable, Infanti said. Or, if that partner pays for his space, it could be income the other partner needs to account for when paying taxes. Similar issues arise, too, for a couple buying a home together in a state where same-sex marriage is illegal.

“Technically, if you go in half-and-half but one person pays the price, then it’s a gift” for tax purposes, Infanti said.

The gift in question may not be enough to trigger taxes, but it still needs to be reported.

If one partner in a same-sex couple wants to sell his or her share of the couple’s home to the other partner, income from the sale can trigger capital gains taxes.

Some of the money they made off the sale of the home can be excluded from taxes, but such exclusions are limited up to $250,000 per property. And if a partner sells half of his or her ownership in a home to the other partner, but then the two put the home on the market, the former partner may have already maxed out his or her exemption there.

If one-half of a couple wanted to transfer real estate to the other in a state where same-sex marriage isn’t recognized, they would have to pay taxes, too.

End-of-life planning can be equally tricky.

Federal tax law allows a spouse to take ownership of a home upon the death of the other spouse, if the deceased owned the property outright. But if a couple aren’t married, estate taxes could kick in.

Infanti said legal experts discourage entering into a situation called “joint tenants with rights of survivorship,” which means that if one person dies, the other automatically gets the real state, because that too can trigger federal taxes. Ultimately, the particular tax situation could depend on whether the surviving partner can prove they paid for part of the property and how much they paid.

The best course of action can vary by couple, state, ownership arrangement and a host of other issues. In some states the laws in regard to same-sex unions are now very much in flux. The first and best move for same-sex couples pondering real estate transactions, or even just moving in together? Call a good lawyer.