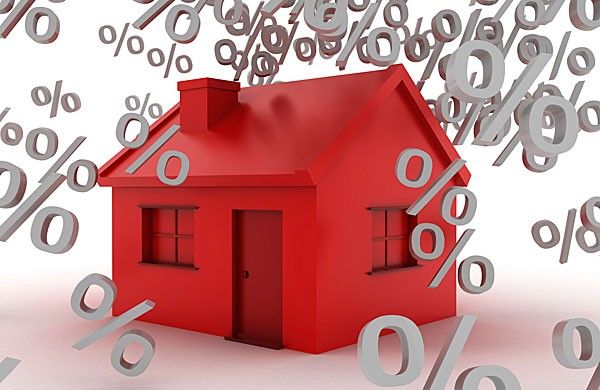 Due largely to strong data on consumer spending, the average U.S. rates on fixed mortgages climbed for the second consecutive week, but still remain close to historic lows. Cheap loans have kept home-buying and refinancing desirable as the real estate market and economy at large continue to rebound.

Two weeks removed from hitting a historic low, the average rate on a 15-year fixed loan saw another slight uptick, increasing to 2.69% from 2.61% a week ago, according to the latest survey by mortgage buyer Freddie Mac. The average interest rate on a 15-year fixed previously achieved a historic low the week of May 2nd, when it fell to a record 2.56%.

The average on a 30-year fixed-rate loan also climbed for the second consecutive week. Previously listed at 3.42%, the average for a 30-year fixed mortgage increased to 3.51% this week. Despite the week-over-week rise, the average rate on the 30-year fixed remains close to the historic low of 3.31% achieved in November, the lowest on record dating back to 1971.

Many, including Freddie Mac vice president and chief economist Frank E. Nothaft, attribute the uptick in mortgage rates to a rise in retail sales.

Mortgage rates followed U.S. Treasury bond yields higher this week on signs of stronger consumer spending. Advanced retail sales rose 0.1 percent in April, above the market forecast consensus of a 0.3 percent decline. Excluding such items as automobiles and gasoline, sales were up 0.5 percent for the second time in three months.

Looking ahead, both the bond market and mortgage rates are expected to be impacted by a pair of reports relating to consumer spending, says mortgage expert Al Bowman. The University of Michigan will release its Index of Consumer Sentiment, which measures consumer inclination, will be released Friday. April’s Leading Economic Indicators will also be issued this week. It is used to predict economic activity in the short-term (i.e. 3-6 months), and could potentially push mortgage rates even higher:

It is expected to show a 0.3% increase from March’s reading, meaning that economic activity is likely to strengthen slightly over the next few months. A decline would be good news for the bond market and mortgage rates, while an increase could cause mortgage rates to inch higher tomorrow.

Find a lender who can offer competitive mortgage rates and help you with pre-approval.
Enter the ZIP code where you plan to buy a home
GO Please enter a valid ZIP code Please enter a ZIP code

The refinance share of mortgage activity stayed at 76% of total applications, while the Refinance Index dropped 8%. In comparison, the Purchase Index fell 4%, while the Market composite Index, which measures loan application volume, fell 7.3% week-over-week.

Mortgage rates are expected to continue to rise or remain unchanged moving forward. In the latest Mortgage Rate Trend Index by Bankrate.com, 92% of mortgage experts surveyed believe rates will remain static or continue to trend upwards, with many pointing to the Federal Reserve as the reason. “The yield on Treasuries has gone up in the last week, while mortgage yields have barely moved,” says Bankrate.com assistant managing editor Holden Lewis. “I draw the inference that this means that the Fed is actively managing mortgage rates, trying to box them into a narrow range.”